Fiastra is a town in the province of Macerata in the Marche Apennines located 730 mt. above sea level within the territory of the National Park of Monti Sibillini. Exhale is called common and scattered its municipal center is situated in the hamlet of Trebbio.

Located in the middle of the Valley Fiastrone in an environment rich in woods, pastures and water, the town is a popular tourist resort thanks to the structures present around Lake Fiastra.

Mountain lovers can go trekking, horseback riding or mountain biking on the paths along the Gorges Fiastrone formed by the millenary erosion of weathering on sedimentary rock and admire some of the most beautiful landscapes because of the nature of this place. Do not forget that this territory is crossed by Route Excursion Big Ring of Sibillini , which runs for over 120km tapping all the municipalities of the National Park in 9 stages.

For lovers of relaxation instead the beaches of Lake Fiastra will be on hand to enjoy the sun even in the company of a good book and the peace that this location offers.

There are numerous churches and monasteries present a bit ‘anywhere in the territory, a sign of an ancient and profound devotion that raged on the heights. 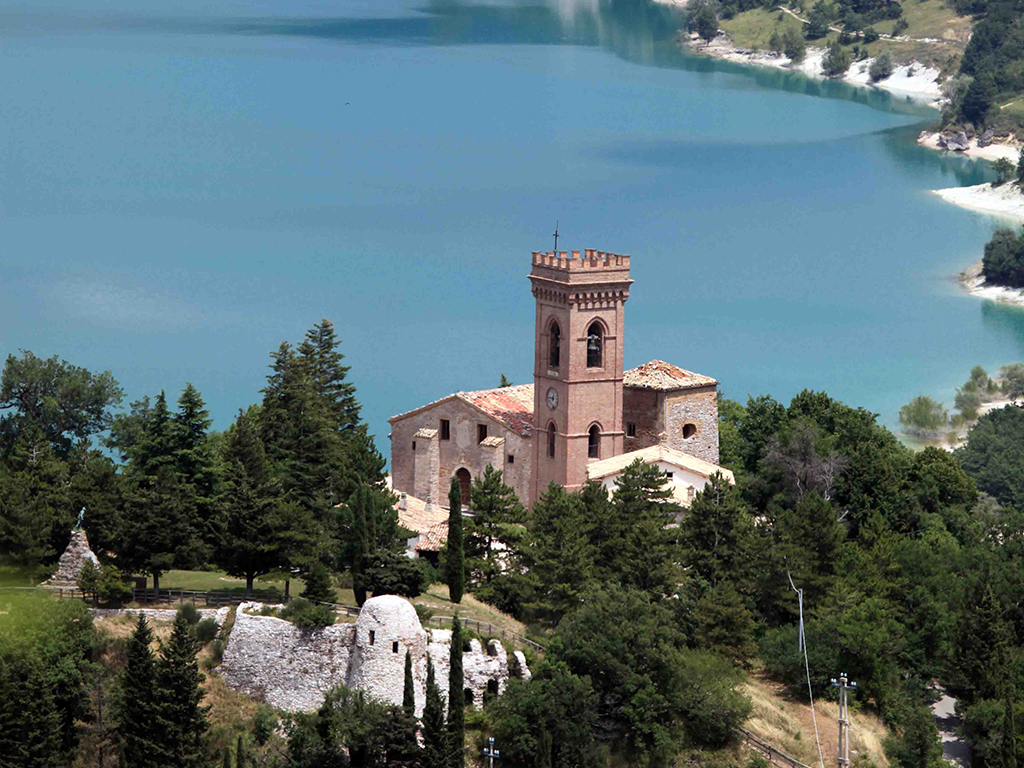 torna all'inizio del contenuto
This is the section of the institutional site of the Municipality of del Comune di Fiastra dedicated to tourism. For information regarding the organization, go to the home
This site is made by

according to the main accessibility rules | Credits | Privacy | Legal notices